At the heart of The Beach House you’ll find live music, alongside homecooked food and local ales of course, and the Beach House Music Club indulges us in this love each week. Every Thursday, local musician Tim Keegan joins us, and often his brings his musical friends, for an evening of tunes and toe-tapping. On Thursday 7th July, he’ll join us for the 100th time, a milestone for this fantastic night of live music in Worthing.

Tim is an acclaimed singer songwriter, perhaps best known for fronting the the group Departure Lounge, as well as his success with solo albums (Foreign Domestic and The Long Game), and strips strips down well known pop songs to reveal their acoustic potential. Drawing influences from Lou Ree 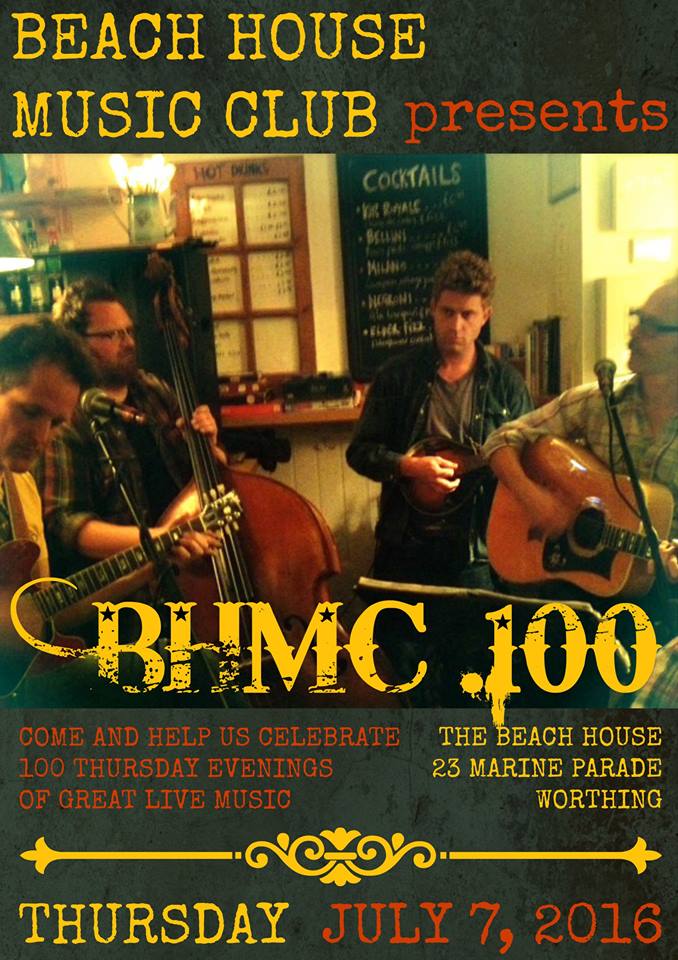 d, Bob Dylan and Leonard Cohen, Tim is able to put a unique twist on songs you already know and love, which is a joy to listen to. We’re lucky enough to be bowled over by the musical prowess demonstrated by Tim and his team at The Beach House every week, and you could be forgiven for thinking the weekend has already arrived during his set.

For Beach House Music Club’s 100th Birthday Party, Tim Keegan, Ben Nicholls, Bernd Rest and a special guest or two, will be playing great songs from the twentieth century in their usual idiosyncratic style. Our usual Thursday offer of Steak Frites and a beer or house wine for just £12 will be happening, so you can grab some tasty grub whilst enjoying the evening of live music in Worthing.


Join us from 8pm on Thursday 7th July – it’s going to be some party.

We Are Mountain at The Beach House
Scroll to top